What does the upcoming new movie the Lone Ranger have to do with Bollywood? Not much, but we just couldn’t resist posting this raw footage of Johnny Depp in his role as Tontoon location while filming the Lone Ranger. 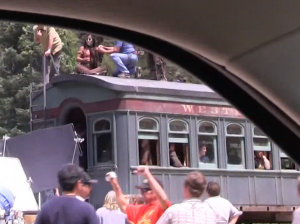 The gallery of images below is from the upcoming Lone Ranger movie (to be released in 2013)  is from an exclusive video filmed on location in New Mexico.  The video says it was filmed in the area between Eagle’s Nest and Cimarron Canyon State Parks. Depp is seen in the video and in the still images standing on top of what appears to be a train portraying the Lone Ranger’s sidekick, Tonto.  The backdrop and landscape is that of the New Mexico mountains…a real “wild west” look.

At the beginning of the video, you can see Johnny Depp standing with his back to the camera and what appears to be an eagle headdress on his head.  Johnny is also wearing what appears to be western-style (or possibly Native American style) pants and perhaps a modern day jacket over it. 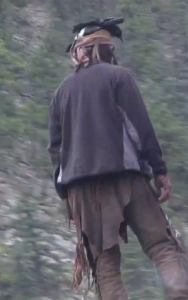 His headdress is clearly visible – a black flying bird (possibly a crow) perched on top of his yead.  Further into the video, you can see Depp sitting on the train crosslegged with another Native American dressed actor standing next to him.  (There is also what appears to be a member of the production crew standing with them – is it Gore Verbinski the director? who knows!). 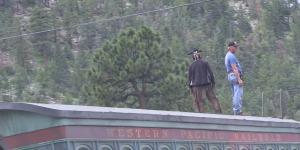 Back to Johnny – Depp’s face is painted white, he appears to have black makeup streaked on his face and around his eyes (Native American war paint?!) and appears to be bare-chested.  The cameras are pointed up and it appears they are getting ready to film the scene.  Johnny’s interpretation of Tonto appears to be very different from that of the TV series, and immeasurably more memorable!

In this same clip, you can spot the Lone Ranger himself (actor Armie Hammer) standing on a rig below the train and below Johnny, possibly awaiting the cry of “Action!” and the cameras to role, or possibly awaiting his turn in the scene.

The Lone Ranger is set to release sometime in July of next year.

The entire “Behind the Scenes” footage can be viewed here: 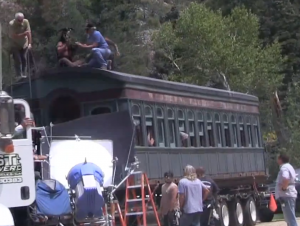 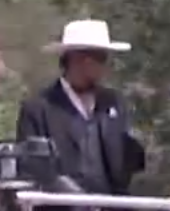 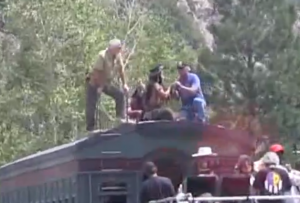 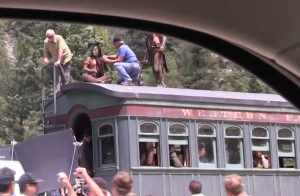 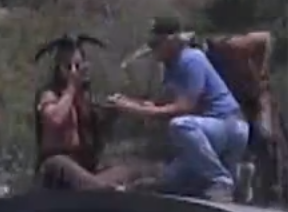 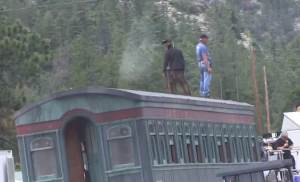 On location in New Mexico

The top Bollywood Actors are a talented crew of individuals who enliven the lives of Indian moviegoers. Everyone in Bollywood...