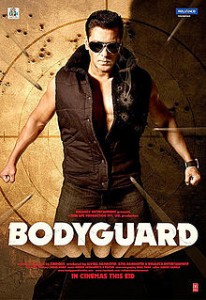 The Bollywood film Bodyguard has set new records!  The movie has become the Bollywood film to gross the most money in it’s first week opening beating out all other record holders! It also holds the record for the biggest first day opening sales! The film collected in excess of 22 million dollars in its first week – a historic opening for a Hindi film!

Bodyguard is a romance starring Salman Khan and Kareena Kapoor but probably what is making is such a success is that it has a nice mix of romance and fight scenes. The movie is about a woman named Divya who is protected by a Bodyguard named Lovely Singh.  Diyva plays a prank on her bodyguard by pretending to be a secret admirer, eventually leading to a genuine romance.

Here are some of the latest bollywood trailers for the week! Trailers for Bollywood movies... Chitkabrey Shades of Grey Trailer...