Who is the hottest sexy bollywood actor? This is up for debate, and while there are a few actors that are clearly in the running, one actor seems to come up over and over again in discussions of who people think are the sexiest bollywood men – that name is Upenn Patel.

Upenn Patel is a 29 year old actor from London and a one-time supermodel. Did I say he was a supermodel? Yes, I did! You’ll find him on everyone’s list of most eligible bachelors, and on most women’s bedroom wall as his face is everywhere – he’s modeled for Hugo Boss, Zegna, and Paul Smith. Besides modeling, this sexy actor has starred in music videos and movies including his first Bollywood film 39 China Town, his second Bollywood Film – Namastay London, and his third film Shakalaka Boom Boom. 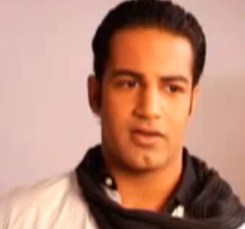