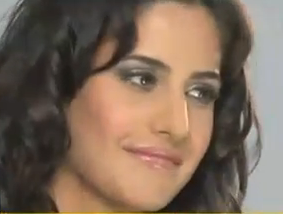 Katrina Kaif is considered one of the top Bollywood Actresses, and she comes in number one in our rank for a number of reasons.  The actress, who is currently 26 years old is a former model, got her very first role in a movie called Boom (released in 2003) in which she played one of India’s top models (not a far stretch for her from real life!)  The film itself was not a success and even considered a box office disastor.  Since then however, she has been nominated for a number of film awards from 2006 to the present and has proven to be very popular and has emerged as a star.  One interesting fact about Kaif is that she does not know Hindi very well at all!

Another top Bollywood actress with initials K.K. makes the top list – Kareena Kapoor!  Kareena is a 30 year old Bollywood film actress born in Bombay, India who got her start in the movie Refugee in 2000, but it wasn’t until 2004 that she got real acclaim.  Since then Kapoor has become incredibly popular, even having her own clothing line.  One interesting fact about Kapoor is that both of her parents were actors – her mother is the Indian actress Babita, and her father is the Bollywood actor Randhir Kapoor – also known as Daboo. 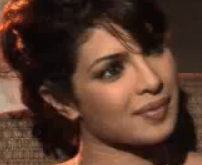 Bollywood actress Priyanka Chopra also comes in on the list. The 28 year old actress is also a former beauty pageant holder – in fact, she held the title of Miss World in 2000! In 2009, she went back as a judge for the Miss World competition held in Johannesburg, South Africa. Like Kaif, she started her career as a model, and moved into her acting career in 2002 in the movie Tamil.

Another former beauty pageant holder is also a big name in the Bollywood film industry and one of the top Bollywood actresses – Aishwarya Rai. Rai is a former Miss World like Chopra and also worked as a model before getting into acting. Rai, now 37 got her start in the critically acclaimed movie Iruvar. She went on to star in dozens of films, crossing into America’s Hollywood film industry with movies such as Pink Panther 2. An interesting fact about Rai is that she is devoutly Hindi.

Thirty-two year old Bollywood actress Bipasha Basu got her start in the movie Ajnabee and has gone on to star in dozens of films, making her one of Bollywood’s top paid actresses. One interesting fact about Basu is that she has been named one of the Sexist Women in Asia by Eastern Eye magazine (out of the UK).

Buddha In A Traffic Jam

Vikram Pandit a student of the Indian Institute of Business becomes the blue-eyed boy of Professor Jamshed Batki. Under Batki's...