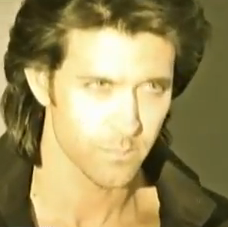 Born in 1974, Bollywood film star Hrithik Roshan is one of the most popular Indian stars of his generation, and is considered the “most complete” bollywood actor, scoring high in charisma, looks, personality, voice, dancing, and all genres including comedy, romance, and action adventure. Coming from a line of Bollywood insiders, Roshan’s father was a director and producer – J. Om Prakash. Roshan’s father Rakesh Roshan was a movie actor himself, having starred in films such as Khubsoorat, and having started the Indian film company FilmKraft Productions.  Although an attack of his father by the Bollywood mafia greatly affected Roshan,  he still followed in his father’s footsteps into acting.

Roshan began his career as a child, however he came into the public eye in a big way with his 2000 movie Kaho Naa… Pyaar Hai, which became a blockbuster and set the foundation for Roshan’s future success, and wide-known acclaim, although he did stumble with a few lesser known films, he eventually came out on top, starring in films such as Koi Mil Gaya, and most recenty, Roshan stars in Dhoom 2.  Not widely known, his nicknames include Duggu and Bolunath.

Want to know Hrithik Roshan better? Here are some of his famous quotes:

I am going to reach the top. Now there’s going to be no looking back.

I think its important to have the looks to some extent but its what’s inside you which people get to see and that’s what makes someone popular or unpopular. So I think it’s not the looks in my case but it’s my work as an artist, which has earned me the respect of the people at large.

My physique is all wrong. I’d like to change everything about my looks.

I’ve never had a decent haircut except the short one I’m sporting right now for “Lakshya”.

Shahrukh Khan is known as one of the top Bollywood actors of his time. Born in 1965 in New Delhi,...